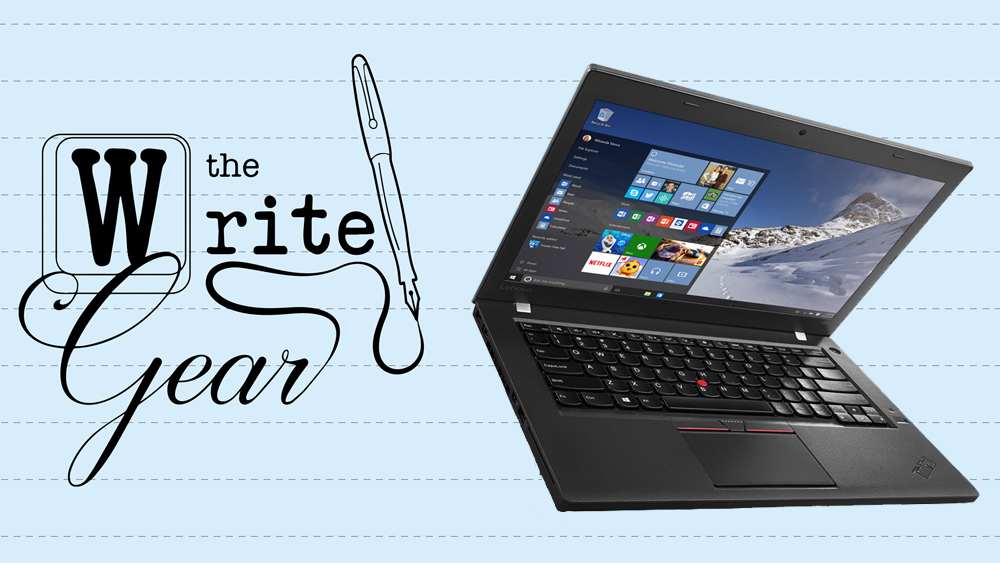 Episodes 10, 11 and 13i of The Write Gear podcast are all about laptops — the best laptop overall, great laptops for if you want something small and light, laptops for small budgets, etc. These episodes, plus the extensive links in the show notes, constitute my Laptop Buying Guide for folks who write.

As I say in the intro to episode 10, “Which laptop should I buy?” the #1 query from writers asking me for tech advice. My answer depends on a lot of factors, but I often end up recommending one of the laptops mentioned in the two podcasts.

Listen to TWG #10: The Best Laptop for Writers right here or subscribe in iTunes

Episode 11 is partly about recommending small, inexpensive laptops, though mainly a conversation with Brad Linder about the history of netbooks and the current state of things. We do talk about what you should look for in these netbook-like machines if you go out on the hunt for one.

Listen to TWG #11: Small And Light Laptops for Writers

Writers often ask me about Chromebooks because they’re inexpensive and seem like a good idea. My general advice is that you’re better off with an inexpensive PC or even an AlphaSmart over a Chromebook most of the time, though they do have uses as a secondary laptop.

Listen to TWG #13: Are Chromebooks Good For Writers?

Keep in mind, my anti-recommendation of Chromebooks is based solely on a writer’s needs. They are great machines for other folks and other purposes. So don’t come banging don my door in anger, Google. I just got it fixed from the last time!