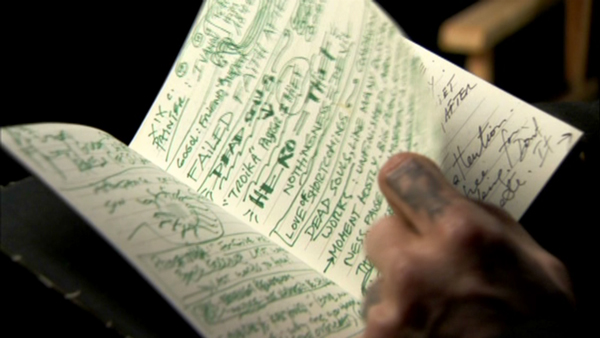 New post over on the tech blog that will be of interest to you writer types:

“As I was in the process of moving from one house to another… someone broke into the passenger side window of my car and grabbed the backpack containing several notebooks I’d filled, since early 2001, with handwritten stories and poems. The backpack also contained a couple of journals, two screenplays, my passport, and two half-read books. The hardest losses were the stories and poems in the notebooks. I had been looking forward, in particular, to reviewing and fine-tuning hundreds of pages of, for me, uncharacteristically long and unguarded poetry that had been written during a series of very quiet nights spent in the Sahara Desert in late 2002.

“…I spent a lot of time and effort in the following weeks scouring my part of town, looking through trash cans and alleyways, offering no-questions-asked rewards, doing anything I could think of to find what was irreplaceable for me and probably completely useless to whoever had stolen it. Finally, I let most of it go…”

The specific thing that made me recall that story was testing Evernote’s Page Capture feature. … The idea of scanning a paper journal to a digital file isn’t exactly new. But with smartphones being so wide-spread and the cameras in them getting better and better, I wonder if it’s now just convenient enough that writers would spend a couple of minutes every day adding their journals to Evernote and if that would end up being an effective backup system?