Yesterday the Doctor Who crew announced that they’d chosen the new Doctor Who companion that will take over from Karen Gillian and Arthur Darvill: Jenna-Louise Coleman. Moffat has heaped much praise upon Miss Coleman and said that her energy matches and even exceeds that of Matt Smith, so we should all rejoice.

Yet my first thought upon seeing her was: another young, white female? Really? That’s the best we can do?

I know nothing about Coleman and I have no reason to believe she’s not a good actress. So, nothing against her personally and all. This is more about the general banality of choice here. I shouldn’t expect much from Mr. Moffat given his track record — he did choose Matt Smith, after all — but is it so much to ask that a TV show about an 1100 year old time traveling alien be more than just the same old tired stuff all TV is about? Do we really need another young, white cis woman to compliment the young, white cis man at the center of the show?

Say what you will about Russell T. Davies (and I have said plenty in my time), he at least had the balls to change it up a bit when it came to companions. There were two companions of color on his watch, plus an omnisexual man, plus a woman with some years and experience on her.

Given the show’s penchant for picking actors and actresses from past episodes, I can think of 10 really good choices for companion that each bring things to the table we haven’t seen in a while and break the young, white, human female mold in different and interesting ways.

I’m starting with these two because I know so many people will agree. Moffat introduced them in “A Good Man Goes To War” and I’m pretty sure the entire fandom went nuts for them right away. They’re clearly lesbian, clearly in love, and would clearly bring some welcome snark and spark to the TARDIS. Especially because Vastra is all about not putting up with the Doctor’s bullshit. Yes, Jenny is a young, white female, I know. But this combo works so well. Plus she’s from our past and it’s been a while since the Doctor pulled a companion from sometime other than contemporary Earth. Vastra is non-human; again, something the show used to do and hasn’t yet since it came back. And with the whole lesbian thing we can finally leave behind the whole Girl Moons Over Doctor thing.

Any excuse to allow Mark Sheppard to take up more screen time on my TV is a good one, right? Beyond that, it seemed clear to me that when older Canton shows up in “The Impossible Astronaut” he had been through many more adventures with the Doctor than we saw. Why not add him to the TARDIS crew for a season? Let him bring the man he loves along (a gay black man from the 50’s in space? YES. Call Idris Elba).

When “The God Complex” first aired I remember a bunch of people said that they wished Rita hadn’t died because she’d make a fantastic companion. I wholeheartedly agreed. Just because Rita is dead doesn’t mean that Amara Karan can’t be a companion. It’s what happened with Freema, after all. She’s such a fantastic actress, just give her another great character and she’d be fabulous. Plus, she’s a woman of color. Honestly, the show needs to prove that Martha wasn’t just a token by being a little less white for no good reason.

Since we’ve seen Alonso twice now, I think he’s a good candidate to be a companion, but I’m not wedded to the character from “Voyage of the Damned”. Russell has a nice wide range and does crazy flustered really well. Maybe even better than Matt Smith. I don’t think he’d make a good solo companion, but perhaps teamed up with Amara or Lenora in a non-romantic way it could work. He’d also make a great alien with those big ears.

Ever since I saw Lenora in “Gridlock” I have loved her. I definitely don’t want to see her play the character from that episode as a companion, but someone new. As a Being Human fan it would give me no end of squeezing to see her and Russell Tovey as companions together, but that might just be too Brit-TV incestuous. Pair her up with Canton, maybe? Then you have a nice triad. An older guy to be sort of steady and reasonable, Matt being all muppety, and a younger woman to be the balance between them. Though, honestly, I’d love to see Lenora play someone 180 degrees from the roles I’ve seen her in so far.

I’ll say this up front: there’s no good reason why Torchwood’s Toshiko Sato is dead. Though I wouldn’t be down with them bringing that character back for Doctor Who, Naoko Mori should definitely get another chance at the Whoniverse. She’ll be the first Asian companion since the dude in the American movie. My only fear with her is that, once again, the writers will go for the easy stereotypes – shy, good at maths, bad at interpersonal relationships, computer wiz. Ugh. Naoko is so much better than all of that, as the show should be.

Bringing in someone from The Sarah Jane Adventures would tie the Whoniverse together even more. I like Luke, though I don’t think the whole innocent super genius thing would work all that well on Who, especially up against 11. Clyde is a different sort of person, and his personality would compliment Matt’s manicness well, I think. Plus you get the benefit of a person of color and someone who won’t be over-wowed by all the strangeness yet remain grounded.

Dichen slips in as a Whoniverse alum just barely since she had a small part in Torchwood: Miracle Day. However, my recommendation is not based on that. I had to watch every episode of Dollhouse so I could write about it. Despite the absolute torture of such a thing, I did notice that Dichen outdid most of her co-stars on a regular. One of the few good things about Dollhouse was watching her and Enver Gjokaj school everyone on how the whole new character every episode/scene thing was done. Not that most of them learned. I see her as a companion with a lot of mad energy. Or maybe even a Time Lady. Let’s rescue Romana from E-Space and revive her as a mixed-race woman of color! 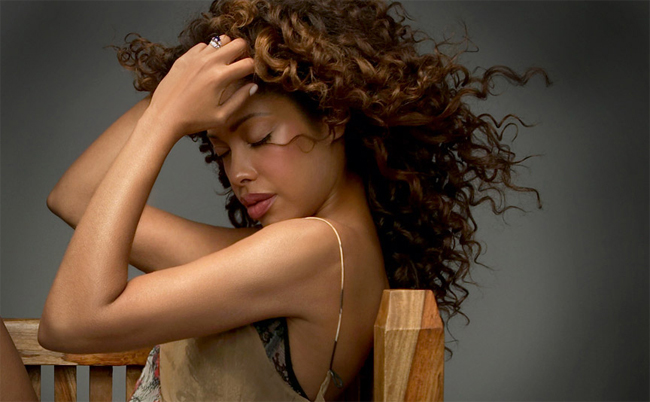 This entrant right here is just some wish fulfillment. I’ve watched Gina Torres be a badass awesome lady through many a TV show, both good and bad. I say let’s bring that to the TARDIS’ doorstep and see what comes of it. She’s a woman comfortably above tweenage with some gravitas to her, has the body to do all the running necessary, won’t let the Doctor walk all over her or fall in love with him, and is probably comfortable destroying whole galaxies if you get in her way.

There you go: 10 awesome choices that aren’t the same old banal young, white female we’ve already been there and done.