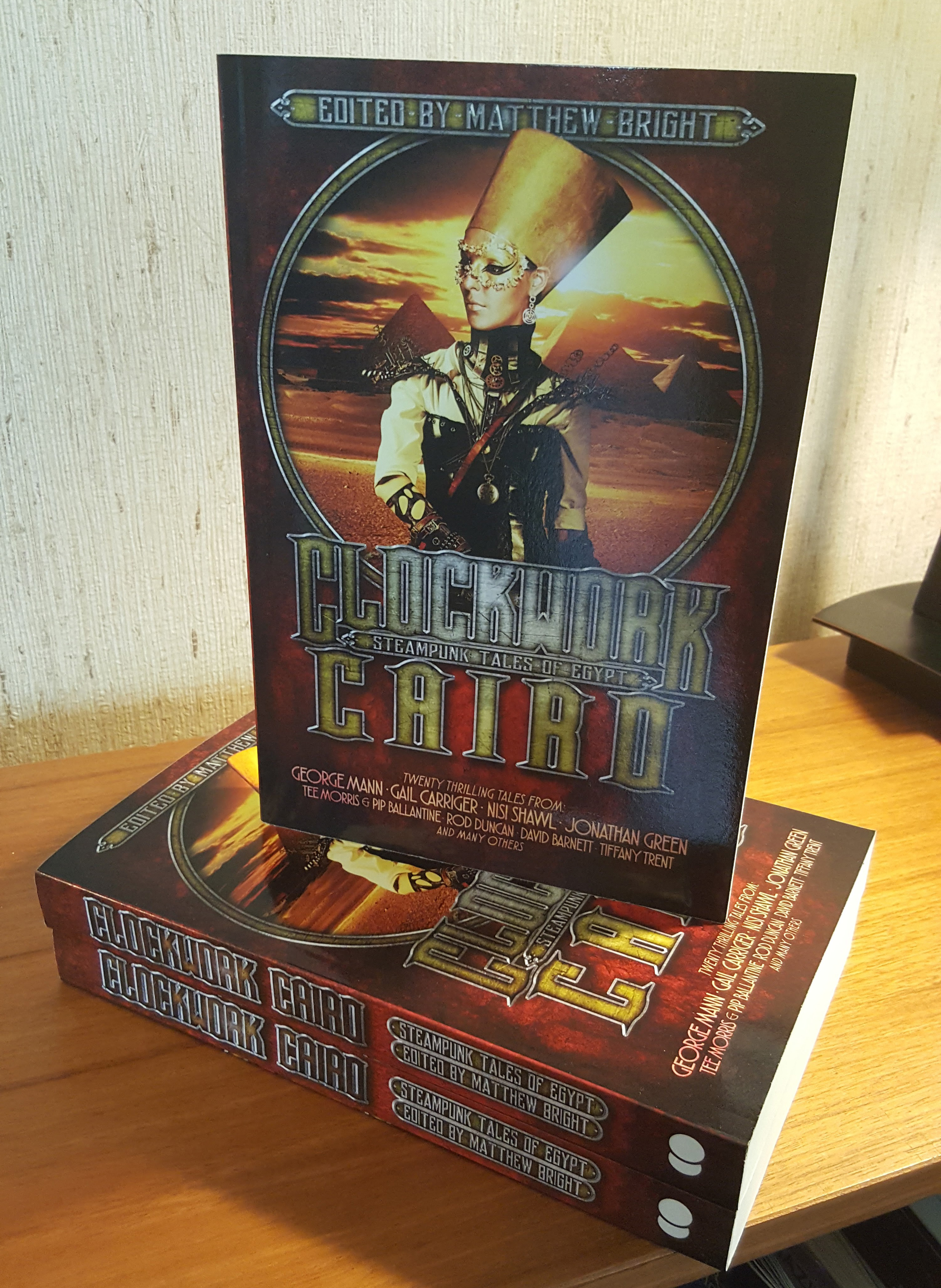 Clockwork Cairo is officially out in the world! An anthology of steampunk stories on an Egyptian theme. It’s as if it was made for me. And I’m so grateful for Matt Bright’s patience in allowing me to submit a story at the last minute AND a little late. (Story of my life.)

I didn’t find out about the anthology until Matthew was almost done picking stories for it. And once I saw the theme, I knew I needed to be in it. I told him I’d write a story set in the world of my novel and then… spent a week not knowing what to write about. My ideas were only vague and, I felt, uninteresting.

Fortunately for me, I have smart and talented friends. Mary Robinette Kowal gave me her worksheet for creating short stories, and it starts with coming up with characters, who then have desires, whose desires collide with other characters’ desires, which makes for a story.

Beyond me thinking that my ideas for stories were too vague and/or uninteresting, I also got hung up where I often get hung up (so you’d think I’d recognize this as something not to get hung up on…), which is trying to adhere to the details of a sketched out idea instead of giving myself room to change and explore. In this case, the ideas I was trying to hold on to had to do with how the copper scarabs came into existence in my world.

NOTE: There are mild spoilers for the story below. Proceed with caution. 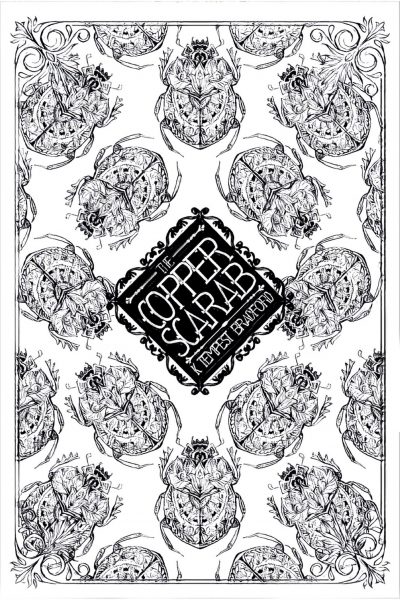 In the novel I’m writing now, the Egyptians have had these machines for about 100 years. The Queen who founded their dynasty was also the engineer who created them based on the instructions left behind by a far, far older Egyptian civilization that no longer exists. In the backstory I initially created, that Queen was solely responsible for this discovery and innovation. It’s why the current foreign rulers feel they have a mandate for ruling all of Egypt (when the novel begins, they only control parts of the north). It’s also why they consider themselves superior to the native Egyptians.

That’s what was in my head when I first tried to make this story work. And I couldn’t. Then I had one of those moments of inspiration that arrive like a flash–those times when, if you are the kind of writer who feels like you have a muse, you’re pretty sure your muse showed up and handed you the perfect answer. That being: the story the current ruling class tells themselves about their past is a false narrative.

Because that’s the way this often works, right? We have all these narratives about the past that take on a mythical quality the further you get from the initial timeframe. Plus, people in power who understand the power of narrative know how to use it to retain and grow their power. And once a narrative becomes embedded, it doesn’t even require people to lie or mislead, because the following generations have only been told the crafted version and believe in it.

Once I freed myself from the shackles of how I have first conceptualized this time in my world’s history, I was able to create a story that worked in the shorter format and provides an excellent foundation for what comes later. All while complicating the world and my novel’s backstory in the best ways. Writing The Copper Scarab made the novel better.

I plan to address the discrepancy between what actually happened and what the foreign rulers believe happened somewhere in the book.

I also decided that one of my characters in this book is also in the short story, though in her past life. Which led to me deciding that this character would be in every book in this series, which is giving me many ideas about future books.

I’m immensely pleased with the way this story turned out on both the level of the work itself and how it helped me deepen what’s going on with the novel. Don’t be surprised if you see more shorts from me in this world before and after the novel escapes into the wild.

If you’ve read the story and want to ask any questions, the comments are open for that! I hope you enjoyed it and the many other awesome stories in the antho.

1 thought on “Story Notes: The Copper Scarab (in Clockwork Cairo)”