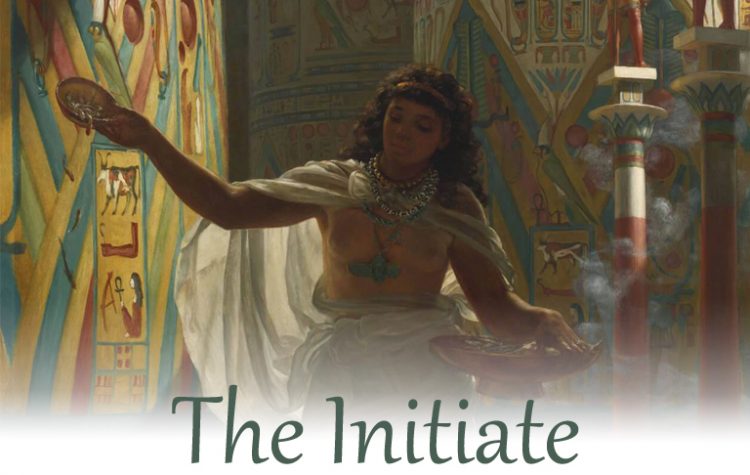 The halls of the temple were quiet; the dawn song sung, the morning light just beginning to peek between the columns. Maatkare passed between them as silently as possible, bare feet barely making a sound on the alabaster floor and just a gentle swish from the linen wrapped around her body. Only sacred sound was permitted here.

The quiet faded the closer she came to the outer courtyard, punctuated by the quacking chirps of the flock waiting for her. She smiled at the sound–it was one reason why she enjoyed this duty above all others. The ibis roamed the courtyard, disturbed by nothing, patient and steady. This flock took a specific path around the upriver end of the city, passing each resting spot with the regularity of the sun. They knew that she, or someone like her, would appear before the heat got intense bearing their favorite food. They also knew – or so she assumed – that she always brought enough for all of them, so they never fought or crowded or menaced her the way geese would. This is why she loved them. 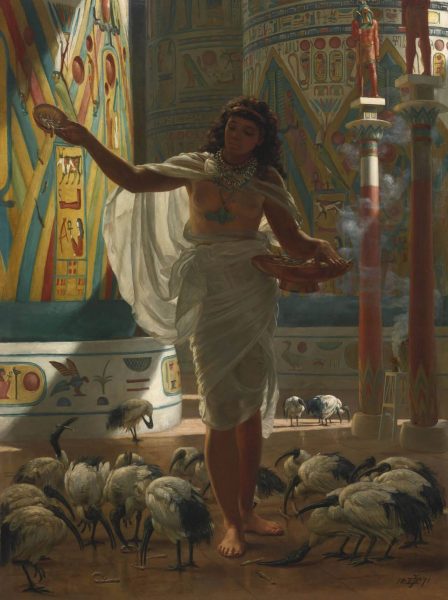 Shifting the gold platter to her hip, Maatkare began dropping the grubs and worms to them, careful to distribute the food evenly among the over two dozen birds. The click of their long, hooked beaks on the stone floor replaced their voices. For many heartbeats they sated themselves around her wandering feet.

Once the dish was empty she sat on the floor among them, pressing her palms and legs into the still cool stone. Eyes closed, she breathed in the scent of incense, still fresh from the morning ritual. The birds’ soft feathers brushed her arms and legs and back as the ibis hunted down the last morsels. Soon they started chattering among themselves again.

Maatkare hummed; low at first and without melody, connecting herself to the stone beneath her, around her, above her. The sound built in her belly, rising up to her lips, wafting into the air. It grew into a chant, a call to Djehuti, to Seshet, to insight, to wisdom. In the three years she had served in this temple she’d sought only one thing: a deeper understanding of the principles behind the arrangement of stone, the alignment of stars, the source of energy that flowed through this place. In these moments she felt closest to that understanding. Today it danced just within reach. Until.

As one, the ibis trilled their goodbye and turned as one to move on to their next destination. The next moment of truth for them. Maatkare stayed where she was long after they left, singing, breathing. Her ultimate truth eluding her again. No matter. There was always tomorrow.

Image: “Feeding the Sacred Ibis in the Halls of Karnac” by Sir Edward John Poynter

This story was made possible by the support of my generous patrons. Thank you!

Join us and get early access to more microfiction and other exclusive perks.

Flash fiction posted in this category by K. Tempest Bradford is licensed under Creative Commons BY-NC-SA 4.0.